Wild camping in Scotland is undoubtedly one of the best ways to get away from the crowds and properly explore the stunning scenery Scotland has to offer.

Here you will find all the necessary info on wild camping from the laws and rules you need to keep in mind to simple guidelines that will turn your camping trip into a much more enjoyable and unforgettable experience.

Why Should You Wild Camp in Scotland?

The legal right to wild camp is just one of the reasons because of which you’d want to head there with your backpack and tent (check out this Big Agnes Copper Spur HV UL2 Tent review). A far more important reason to take a trip there is the country’s natural beauty, which is something you’ve probably seen on the news or the Internet.

As you probably already know, Scotland is home to the UK’s most expansive forests, highest mountains, miles of stunning coastline, as well as numerous offshore islands and inland waters. You’re interested in wild camping? Scotland is one of the best places in the world to do it.

The Law on Wild Camping in Scotland

The Land Reform Act (2003), approved by the Parliament of Scotland, is an act that allows outdoor enthusiasts to wild camp on most unenclosed land in Scotland.

However, some areas, such as the Loch Lomond & The Trossachs National Park, are exempt from this law and are subject to different rules, known as the wild camping bye-laws. In other words, wild camping in Loch Lomond & The Trossachs National Park can be done only if you have camping permission or if you’re fine with camping within special campsites. So, if you are walking the West Highland Way in this section you really need to sleep near hostels.

A very important thing to mention here is that the rights secured by the act mentioned above also come with certain responsibilities. In other words, folks who want to do some wild camping in Scotland are required to abide by the rules written in the Scottish Outdoor Access Code.

To put it simply, the Scottish Outdoor Access Code provides guidelines to all those who own or use land – landowners, campers, trekkers, even dog walkers. If you’ve never done any wild camping, whether we’re talking about the Scottish mountains or any other region, you should definitely give this document a quick read.

Guidelines for Wild Camping in Scotland

The Scottish Outdoor Access Code, which we have mentioned above, states that it’s completely legal for a smaller group of campers to wild camp in one spot for a short period of time. And while it’s true that most outdoor enthusiasts often spend only a night in one place, this code allows wild camping in one place for up to three nights.

Furthermore, the guide advises campers to avoid creating issues for local people, which translates to camping away from buildings, crops, and farm animals. You are also supposed to leave no trace of your stay – the spot where your campsite was should look exactly as it looked before you came there.

Here’s a short recap of the primary points listed in the guide:

As we already mentioned, the laws that allow wild camping in Scotland do not apply to the country’s oldest national park, the Loch Lomond & The Trossachs. Covering an area of 720 square miles, this is Scotland’s second-biggest national park (after the Cairngorms) and one that covers a significant part of the world-famous Scottish Highlands.

In order to do some wild camping in the park’s most popular spots, one needs to obtain a special permit. What is more, wild camping in this park (with the permission we just mentioned) is legal only between March and September. The goal of this system is to protect the park’s natural beauty by limiting the number of campers present in it.

What Are Scotland’s Best Spots for Wild Camping?

With so much coastline, countryside, and mountainside open for camping enthusiasts to enjoy, finding an ideal spot to spend the night (or three!) under the stars can be daunting. To help you out, we’ve picked a couple of great places for wild camping in Scotland:

Situated on the world-known North Coast 500 route, Sandwood Bay is a dream-come-true for every camper. This is one of the prettiest beaches in Scotland – its golden sand is washed by the North Sea’s waves and the views of brooding cliffs and sea stacks that it offers are unforgettable.

To reach this remote beach, you’ll have to walk around four miles along a well-beaten trail. If the weather permits, you are bound to enjoy some truly mesmerizing sunsets there.

Full of spectacular sites and sights, the Highlands are what most people think about when someone mentions Scotland. And one of the best places for pitching a tent in this remote but breathtaking region is Loch Beinn a’ Mheadhoin, which is a loch that’s situated between imposing mountains and ancient pine forests.

This is a meandering body of water with beaches, gentle rocky falls, and even some islands. A camper can easily pitch his tent on the lake’s beach and spend a couple of days walking the surrounding trails or doing some wild swimming.

Rare is the wild camping sites in Scotland that are as popular as the ones on the Isle of Skye. Situated just off the west coast of Scotland, this large island is a perfect destination for all those in search of scenic walking routes.

Out of all wild camping spots on this island, none are as enthralling as Quiraing. This is a massive landslip located on the eastern side of a mountain called Meall na Suiramach and one that offers some truly unforgettable sights. Thanks to a small car park between Staffin and Uig, you won’t have to carry all of your gear for too long while searching for a good wild camping site.

So, you’ve decided to take a trip to Scotland and pay a visit to some of the country’s most scenic hiking trails and national parks, where you intend to search for beauty, freedom, wildlife, and crispy, clean air while doing some wild camping along the way.

If that’s the case, make sure to take a look at the following tips – these should you make your time in Scotland’s wilderness a bit easier to handle: 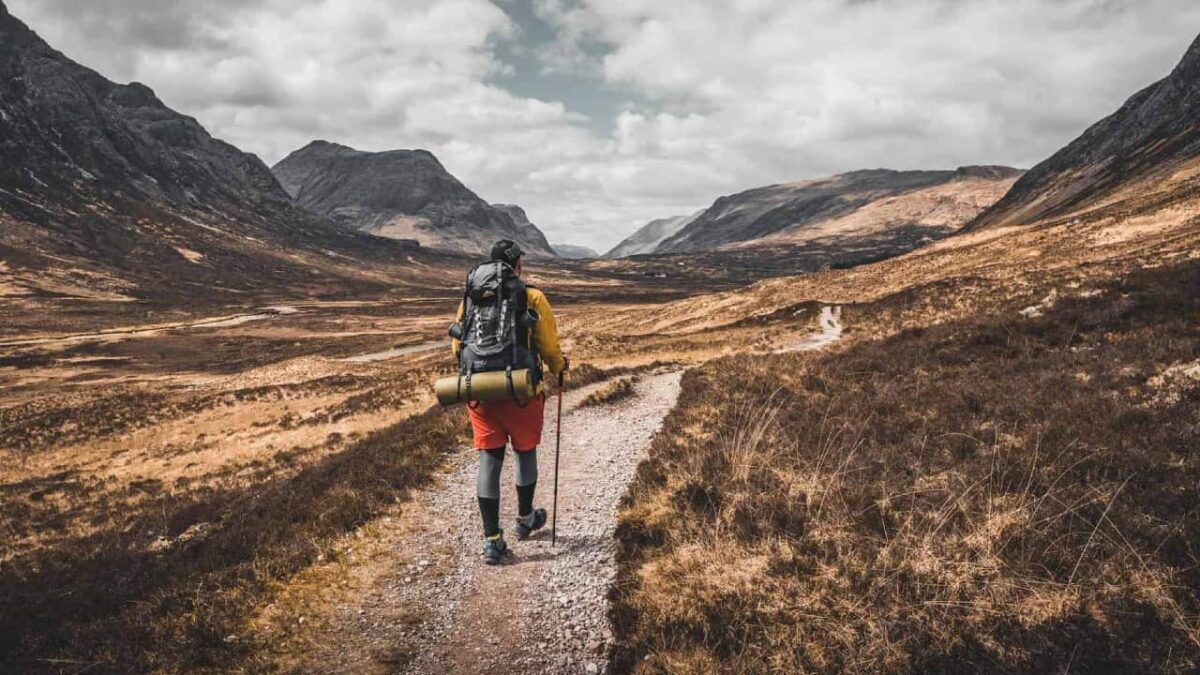 In this article, we’ll provide a general overview of this popular Scottish long-distance route and help you plan for the West Highland Way.

Walking the West Highland Way poses different challenges at different times of the year, however, it is a great walking holiday route and as a…

Midges are small, two-winged flying insects, they love Scotland and walkers on the West Highland Way, they can smell your sweat! Midges are a subgroup…

One of the great advantages of the West Highland Way is the start of it is so close to Glasgow. Most people when they consider…

A misty, mountainous Scottish isle is famed for its coastal cliffs and its magnificently varied landscape. The Isle of Skye, the largest of the Inner Hebrides…

Skiing is the most popular winter sport and there are plenty of countries in Europe which offer fantastic ski resorts. If it is a good…