They’re all long-distance challenges, ranging from 127km to just over 1000km. We feature coastal walks, hilly ups and downs, and historical treks that bring you closer to Britain’s rich heritage. Whatever type of walk you like, a big dose of inspiration for your next ambitious hiking adventure is somewhere on this list.

A quick side-note: all walks can be tackled in both directions. They all have two trailheads, both of which can be used as either a beginning or an end.

This historical trek takes you along the path of Hadrian’s Wall, the famous Roman barrier built to prevent the northern barbarians from entering England. It takes walkers from the eastern side of Newcastle to the Cumbrian coastal village of Bowness-on-Solway, almost traversing the entire width of this narrow part of England in the process.

Generally speaking, it’s a fairly easy hike, with lots of beautiful backdrops without too many ups and downs. This makes it a great option for semi-casual hikers.

The Hadrian’s Wall walk takes you past many significant historical Roman sites, including forts, milestones and sections of the original wall, which is one of the most important Roman sites in the whole of the UK. You’ll also visit quaint, quiet and friendly towns and villages along with the vibrant and vivid Quayside area of Newcastle.

The South Downs Way trek takes walkers from Winchester (the first capital of England) to the coastal town of Eastbourne, with its astounding, effervescent white cliffs. The entire route traverses the South Downs National Park, so if you’re a completionist, this might appeal.

The South Downs Way is a great option if you don’t want something too challenging. It’s not as difficult as some others on this list, but still provides countless moments of incredible scenery.

The coastal section of this path is particularly spectacular – the views of Seven Sisters and Beachy Head are highlights. Inland, the deep valley of Devil’s Dyke is a high point (figuratively speaking) for many walkers.

If you’re looking for a real challenge, this is a great option. The Pennine Way passes through the Peak District, the Yorkshire Dales, the North Pennines and Northumberland National Park. Because of its length, it packs in plenty of famous sites, including Stoodley Pike, High Cup Nick and Pen Y Ghent.

One trailhead is situated in the Derbyshire village of Edale, while the other is in Kirk Yetholm, a village just inside the Scottish border.

For its sheer diversity, this walk is incredible, bringing roaming ramblers into contact with marshes, farmlands, mountains, valleys and iconic pubs. It even joins the Hadrian’s Wall path for a little while!

Many see this challenge as the ultimate in English walking trails, and it’s hard to argue. For the hardcore hiker, there aren’t many better walks than this one.

Devised by the famous British walker Alfred Wainwright, this walk is unofficial (and largely not signposted!), but still rightly recognized as one of the most interesting and iconic walks in England.

Because the route is largely unmarked, it’s only really suitable for those who are very experienced and confident in navigation. But for those who are, it makes for an excellent, exciting, and beautiful challenge.

The route goes from the Cumbrian village of St Bees to Robin Hood’s Bay, a small fishing village inside the national park of the North Yorkshire Moors. The trek also takes walkers through two other national parks – the Lake District and the Yorkshire Dales. The vast majority of the hike is in national park territory, making for many remote, hilly, barren stretches.

The Coast to Coast walk also traverses many former mining regions, which might be of interest if you’re keen on English industrial history. For more information, check out our ultimate guide to the Coast to Coast Walk.

A very unique entry on this list, the Thames Path follows the famous Thames river for almost the entire duration of the walk. The route runs from the Thames river’s source, close to the Gloucestershire village of Kemble, all the way to the Thames Barrier in Charlton.

With very little elevation, this is a great walk for those who prefer an amble over a hike, though its impressive length still makes it very much a challenge.

This is also a great choice for those who prefer a little bit of hustle and bustle over remote wilderness. Many sections of the walk go through lively regions, towns and villages, while other stretches offer the sights and sounds of significant historical places such as Windsor Castle, Hampton Court and the beautiful city of Oxford.

A fantastic choice for diversity and varying landscapes, this trail skirts around the majority of the North Yorkshire Moors national park. Because it’s almost a loop, the Cleveland Way allows walkers to experience a lot of different sights and scenes within a relatively compact area, offering views of moorland along with plenty of dramatic coastlines.

The route goes between the Yorkshire towns of Helmsley and Filey. You’ll pass through fishing villages, castles, abbeys, and prairies, perfect if you’re interested in the history and heritage of ancient and archaic sites. Depending on when you tackle the walk, the heather on the moors of this trek can make for surprisingly spectacular views.

This one isn’t too challenging, so it’s another good option for those seeking something less intense.

The vast majority of this trek hugs the western side of the Cotswolds Area of Natural Beauty. The Cotswold Way goes from the small market town of Chipping Campden to Bath, a beautiful city of enormous Roman significance.

If you like historical sites, this hike is a great choice. In addition to the sights and sites of Bath, it offers churches, historic houses, Hailes Abbey, and more.

The scenery on the walk is very diverse, with meadows, wildflowers, and beech woodlands. As one of the shorter entries on this list, it’s a fantastic choice for those seeking diversity without too much duration.

The longest entry on this list, the South West Coastal Path is a real challenge. Not only is it incredibly lengthy, but its total elevation over the course of the entire trek is estimated to be a huge 35,000 meters. Often voted as the best walk in Britain, and considered by many to be one of the best walks in the world, this one truly is something special.

If you love coastlines, this is unbeatable. As you might have guessed, the entire walk runs around the south-western coast of England, offering spectacular views of cliffs, waves, and endless seas.

For a real challenge, it doesn’t get better than this. It’s beautiful, it’s revered and it’s one of the best walks on the planet.

A great option if you’re seeking a hike that is fairly easy and relatively short, the Yorkshire Wolds Way is generally a very flat trail, so it’s perfect for hikers of any fitness level. The route goes from the small Yorkshire town of Filey to Hessle, a town 8km west of Kingston-upon-Hull.

The landscape along this walk offers plentiful diversity, from endless views over flat fields to lush green valleys. Because these valleys are carved out of chalk, they run dry, making for easy walking and unusual landscapes.

The walk also offers readers an insight into English medieval history via Wharram Percy, one of the largest and best-preserved deserted medieval villages in the UK.

Another fantastic coastal walk, this trek offers some of the best views in the whole of Wales.

The vast majority of the hike lies inside Pembrokeshire Coast National Park, the only coastal national park in Britain. The route takes walkers from Poppit Sands beach to Amroth, a small Welsh village.

This hike is quite difficult, with the total elevation the equivalent of climbing Everest, making it suitable only for those who are fit enough to take on the challenge.

For coastal views, it doesn’t get much better than this. It’s a phenomenal walk with rugged cliffs, swirling seas and rich links to the multi-faceted heritage of Britain. You’ll pass sights with Neolithic, Viking and Celtic links, along with many more places of historical importance.

Meandering along the border between England and Wales, this walk offers views and vistas of both beautiful countries. It runs between the Welsh towns of Prestatyn and Chepstow.

It’s a beautifully diverse walk with riverside meadows, rich heather, undulating hills, and views of the Black Mountains. The hike also follows much of Offa’s Dyke itself, a wall-like bank and ditch construct from the 8th century, devised to separate the ancient Anglo-Saxon kingdom of Mercia from surrounding kingdoms.

The walk is also rich in other historical sites, including towns such as Chepstow, Oswestry, and Denbigh.

It’s a somewhat challenging trek with a few difficult switchbacks.

How to Choose the Best Camino de Santiago Route for You 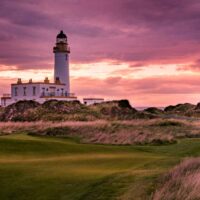 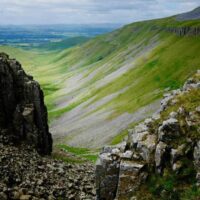