Walking holidays in Europe are becoming more popular, they provide tourists with a more exciting way to travel around the continent. Unlike bus tours which jump from one attraction to another, walking tours let you explore off the beaten tracks at a comfortable pace. You’ll get more than enough time to immerse yourself in a place before moving on to the next stop. So why settle for less with those rushed and stressful bus tours when there are better trips waiting? These top five walking holidays in Europe offer sights and sounds that are very different from what you’re used to, and you’re going to love them.

Also known as The French Way, it is one of more than a dozen routes found throughout Europe. Like every other route, the Camino Frances to Santiago, the trail is used by people on a pilgrimage to Santiago de Compostela. What makes this Camino special is that it combines challenging off-road treks with visits to beautiful historic towns and the conveniences of modern-day tourism. The route is dotted with restaurants and accommodations every few miles, so there are plenty of opportunities to rest in between walks.

The Camino sets off from St. Jean-Pied-du-Port in France. During the journey, you will be greeted by gorgeous cities and medieval towns. Leaving St Jean the trip takes a dramatic turn as you walk steeply uphill, but you will have picturesque views of the Pyrenees. Spend a night or two in the wine town of La Rioja before walking the Meseta. When you get past this dry terrain, Spain will welcome you into its forests and mountains where you can stroll peacefully. From hereon, the view doesn’t change much until you arrive at Santiago.

The entire historic district of Santiago de Compostela is a UNESCO World Heritage Site, and attractions will be close to each other. You’d still have to walk to get around town, but your first visit should be to the pilgrimage site which the city is best known for – the 12th century Santiago Cathedral.

It may be Scotland’s oldest footpath, but it remains to be one of the top five walking holidays in Europe. The 154-kilometre route is an excellent introduction to the Scottish Highlands and runs from Milngavie at Glasgow to Fort William at Ben Nevis. Setting aside the steep inclines, most of the route is easy to walk for most tourists.

The West Highland Way starts with wide green pastures and views of Campsie Fells. But as you go further along the way, hills will soon be replaced by the resplendent Highlands and the farmlands by the Rannoch Moor. The Great Rannoch Moor is one of the last remaining wilderness areas in Europe, so don’t be surprised to see wildlife.

The long distance route is divided into 8 stages. An assortment of accommodations will be available en route, including hotels, hostels, bed and breakfasts, guest houses, and campsites. Most visitors take 1 week to travel the West Highland Way, but you can take a longer route by starting from the Kelvin Walkway at the heart of Glasgow.

If you would, perhaps, like to walk an easier trail in Scotland, check out my post on hiking the Annandale Way and the St Cuthbert’s pilgrimage.

Much like the West Highland Way in Scotland, this way-marked route was established in the 1980s and became the first of its kind in Ireland. The trail begins in the suburb at Marlay Park in Rathfarnham and takes hikers southwest to County Carlow in Clonegal.

Wicklow Way, as its name suggests, offers the opportunity to get up close with the Wicklow Mountains. The path will take you past forests, mountains, country roads, and narrow unpaved roads passing through rural areas – locally known as boreens. The trail’s northern part is marked by captivating visions of mountains, lakes, and glacial valleys, while the southern part is predominantly made up of rolling hills.

The route is traditionally walked from north to south on a descent since it’s easier for most people. Unfortunately, going this way can be anticlimactic as sceneries tone down into hills and farmlands. Travelling from south to north in an ascent can be challenging, but it will be a more rewarding experience as you end your journey in one of Ireland’s most iconic landscapes. It usually takes 7 or more days to traverse the entire 131-kilometre path.

Wicklow Way passes by the historic city of Glendalough, so don’t forget to make a quick stopover – or stay longer if you wish. It was an early medieval settlement that dates back to the 6th century with several noteworthy landmarks.

Britain takes pride in Pennine Way as one of the oldest and best walking holidays in Europe. It was first opened in 1965 and although it came to be recognized as England’s national trail, it never lost its rural charm. The 429-kilometer trail starts in England at Derbyshire, High Peak. It leads north across the uplands of Yorkshire Dales, through Northumberland, and passes by three national parks before finishing just beyond the Scottish border at Kirk Yetholm.

Most tourists who go there spend no more than a day’s stroll, but if you want to see some popular local attractions, it is highly recommended that you walk the trail for at least a week or two. The Pennine Way is admittedly an arduous path. With that said, no other way gives a better exploration of England’s varying landscapes and long history.

The “TMB” route circles around Mont Blanc massif and passes three neighboring countries – France, Italy, and Switzerland. It is widely known for hosting yearly cycling marathons, but is still quite popular for walking and hiking.

Tour du Mont Blanc isn’t that long at all, spanning only 170 kilometers. The entire route can be walked in as little as 10 days with rests included. Admittedly, it is a challenging route and can take your breath away quite literally. You’ll often find yourself out of breath when walking uphill. The views are astounding, however, and will make every effort worthwhile.

You can stay in any one of the refuges found throughout the path. They’re not too spacious or comfortable, but they provide good food, booze, spectacular sunset views, and some company. If you’re after comfort, you can stay in any of the hostels, hotels, or bed and breakfasts found in villages and hamlets.

The top five walking holidays in Europe offer a unique way of travelling across its many beautiful landscapes. You can go as a guided group or travel solo if you prefer to have more freedom. Either way, there’s no rush in getting from one place to another and you will have more than enough time for sightseeing and some off-road exploration. 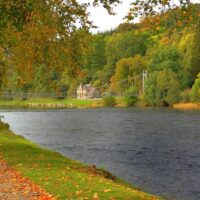 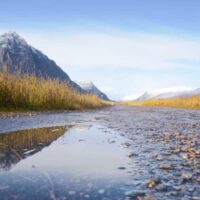 Alternatives to the West Highland Way 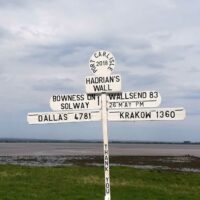 Guide to The Hadrian’s Wall Path